Ready at All Hours for Flood Removal in Setauket 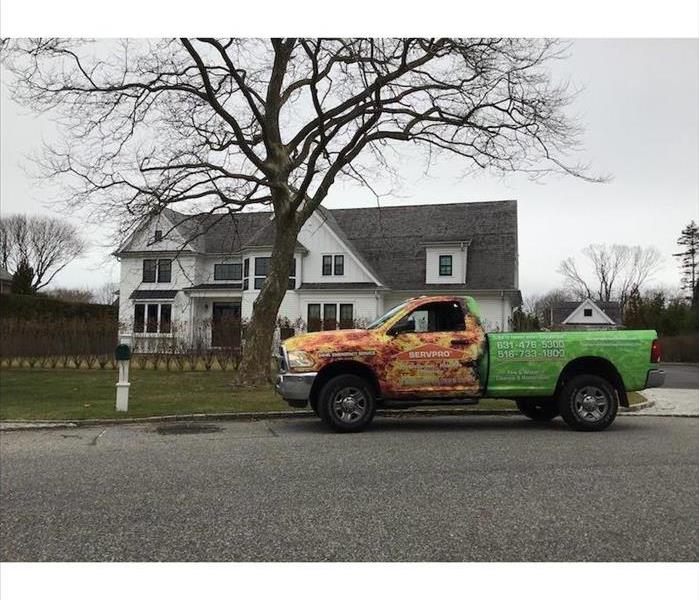 Flood removal is no DIY project. SERVPRO technicians are trained and experience with the correct procedures that need to be done.

A community divided: Setauket in the Revolutionary War.

Modern Setauket is a comfortable and friendly place where neighbors get along, and serious troubles are rare. Centuries ago, one might paint a very different picture of the town. During the American Revolution, the small town of Setauket became the center of multiple efforts by both sides, leading to a unique and intriguing history.

Early in the war, Setauket was a significant Loyalist outpost on Long Island. British troops could land safely at the village and were warmly welcomed by settlers and taverns local to the area. At one point, the citizenry even repelled an attack by a small Patriot force that attempted to eliminate the stronghold.

However, various actions by the British ultimately led to a change in attitude. The citizens, still outwardly projecting loyalty to Britain, became some of the revolution's most important spies. The infamous Culper Spy Ring was primarily composed of Setauket residents, and this vital group revealed many crucial plans during the war, including the treason of Benedict Arnold. Throughout all of this activity, the spies put on smiling faces towards the redcoats visiting their taverns and markets.

From shipbuilding to tourist traps, the Setauket shores have always provided for us.

As one of the earliest settlements in the United States, Setauket has a long history of changing populations and industries. One of the most long-standing facets of the community that only recently faded out was the shipbuilding industry. Artisans from Setauket built fishing and ferrying vessels from the earliest days of the settlement, over a century before the American Revolution. As time went on, this activity only increased: during the 19th century, the town's docks even began to produce full-scale naval vessels and merchant fleets.

In the 20th century, shipbuilding elsewhere began to outcompete Long Island industries. Many other towns in the area suffered economic loss as a result. Setauket, by contrast, experienced a mostly seamless transition into a tourist destination. New York City residents found a quaint and comfortable destination that could easily be reached via a morning train ride. Restaurants, inns, and beachside activities all flourished as our town became a hotspot for weekend retreats.

Eventually, many tourists chose to move here, bringing their families with them. Thus, the modern and comfortable town of Setauket started to look how it does today.

Setauket flood removal when you need it most

Flooding rarely happens at an opportune time. Whether in the middle of a hurricane or the dead of night, most of the flood removal calls in Setauket we receive are long after most other businesses have closed. As part of our mission to provide reliable 24/7 care for local homeowners, we stay ready at even the worst hours to respond to your call for help.

In addition to keeping our staff ready to respond to your call, we stage and prep much of our equipment, such as:

Getting these treatments into your home as soon as possible could save you thousands in restoration expenses. Call SERVPRO of Port Jefferson at (631) 476-5300 for emergency help.